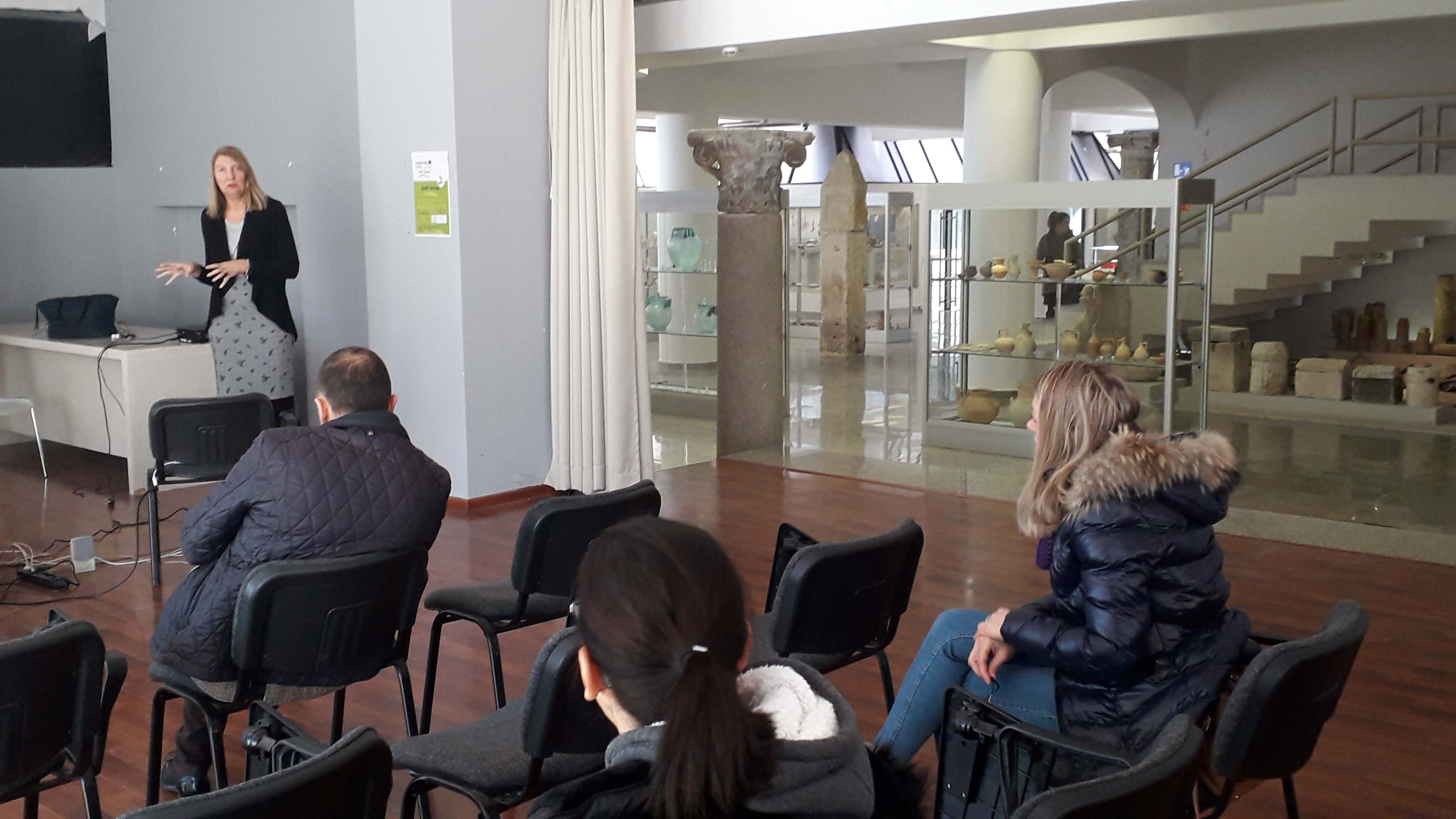 Roman Heritage in the Balkans promotions

In December 2019 and January 2020 we promoted the application created within the Roman Heritage in the Balkans project. It is Virtual Reality (VR) storytelling about Viminacium in Serbia, Aquae S in Bosnia, Dyrrachium in Albania and Municipium S in Serbia, all of them being settlements during the Roman Empire. The application structure is presented below: 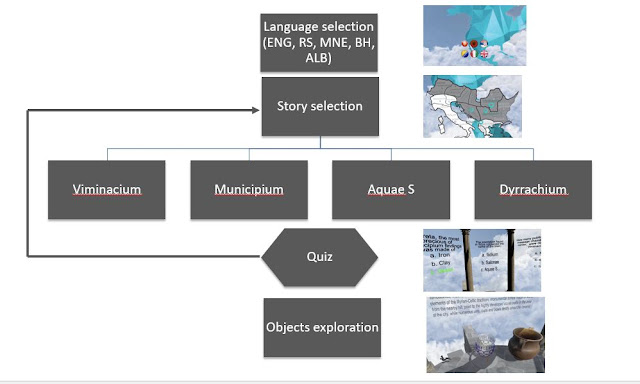 The application is created for VR headset, as well as for desktop as not all users own the VR equipment. After watching 4 stories and passing the quiz, the users can explore the 3D models of artifacts found at the selected locations and interact with them in a way impossible with real museum objects.

The first promotion was held in Viminacium Archaeological Park. The application is installed on a VR setup and it was available to the audience to try. A group of school children enjoyed the experience. Viminacium director Miomir Korać and the local archaeologists and architects were happy and proud they were a part of this project. 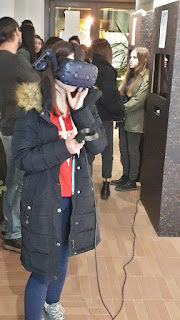 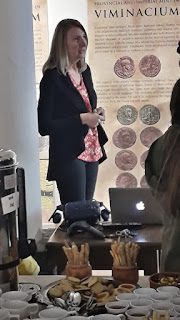 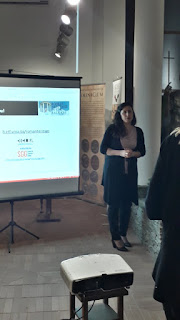 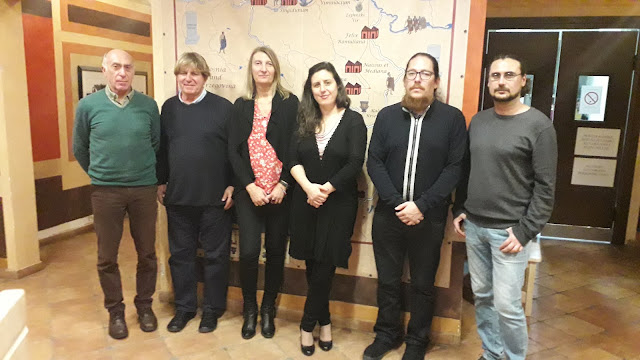 The promotion in the Zavičajni muzej Pljevlja coincided with the opening of the new Museum building with the permanent archaeological exhibition. At the event first was presented the work of archaeologist Mile Bakovic and his colleagues on the Municipium S archaeological site, and after I had a talk about the project and demo of the application. There was a lot of visitors and local media were following the event. Pljevlja museum director Branko Banovic is very interested in the further collaboration on digital content creation for their exhibition. 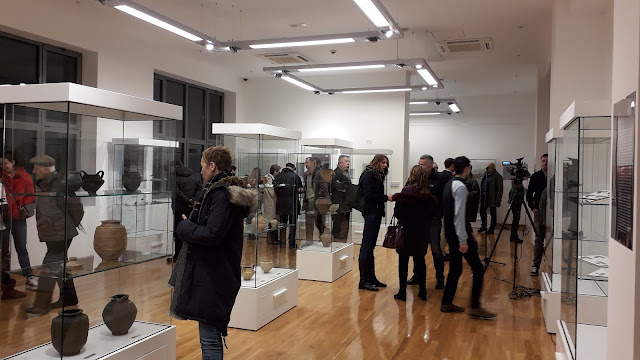 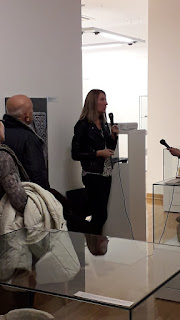 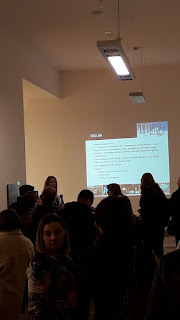 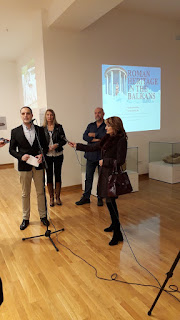 After the promotion we enjoyed in the traditional Montenegrin music and food.

Durres promotion was held in the Archaeological Museum, close to the amphitheater remains. Although the consequences of the tragic earthquake could still be felt, the Museum director Alban Ramohito and archaeologist Prof. Lida Miraj did their best to organize the promotion event. Museum staff was very happy about the application and interested in more work on digitization of their collections. 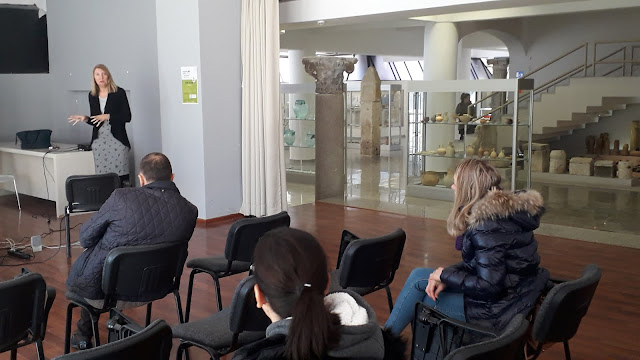 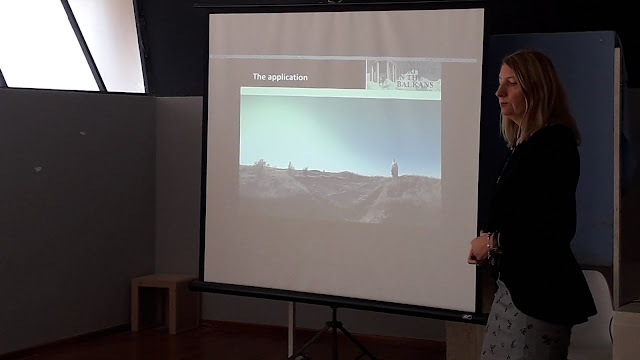 The final project promotion was held in the National Museum of Bosnia and Herzegovina, in Sarajevo. We were pleasantly surprised how many visitors and media have attended the event. The audience was very interested in the presentation and many of them remained after to try the VR set-up. 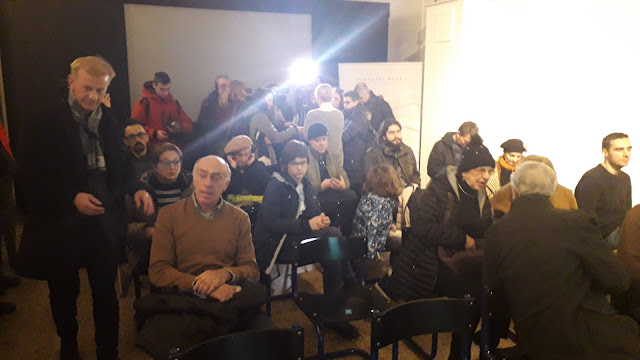 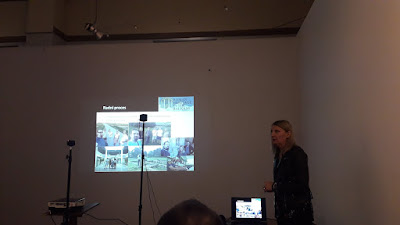 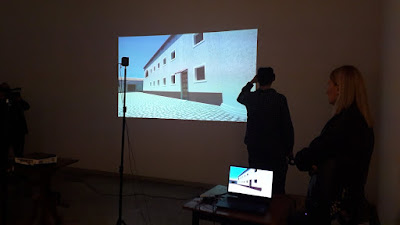 In the next days all major BH televisions, radio stations, news portals and newspapers published stories about our work.

https://drive.google.com/file/d/1ux2RVTm4MY67ndUs9v8oj02kKL7JkzbA/view?fbclid=IwAR1AkFqIt0fCSiEEVUg3VCb7fxy5674g3FZVTMl71ch00iTKnoQVIX2VDPw
To conclude, this has been a wonderful project! I thank cordially to all the team members and hope we will continue this work next year. 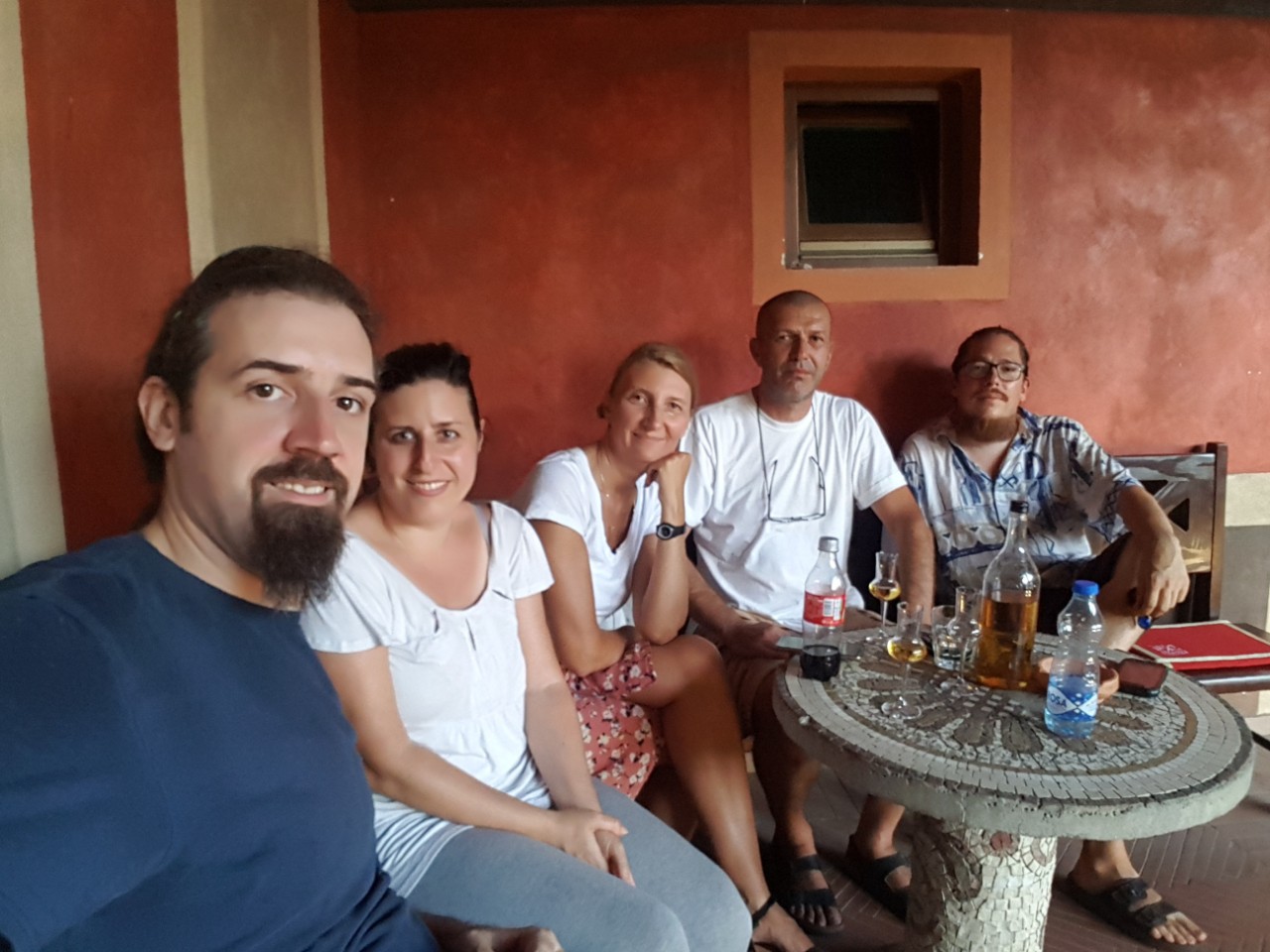 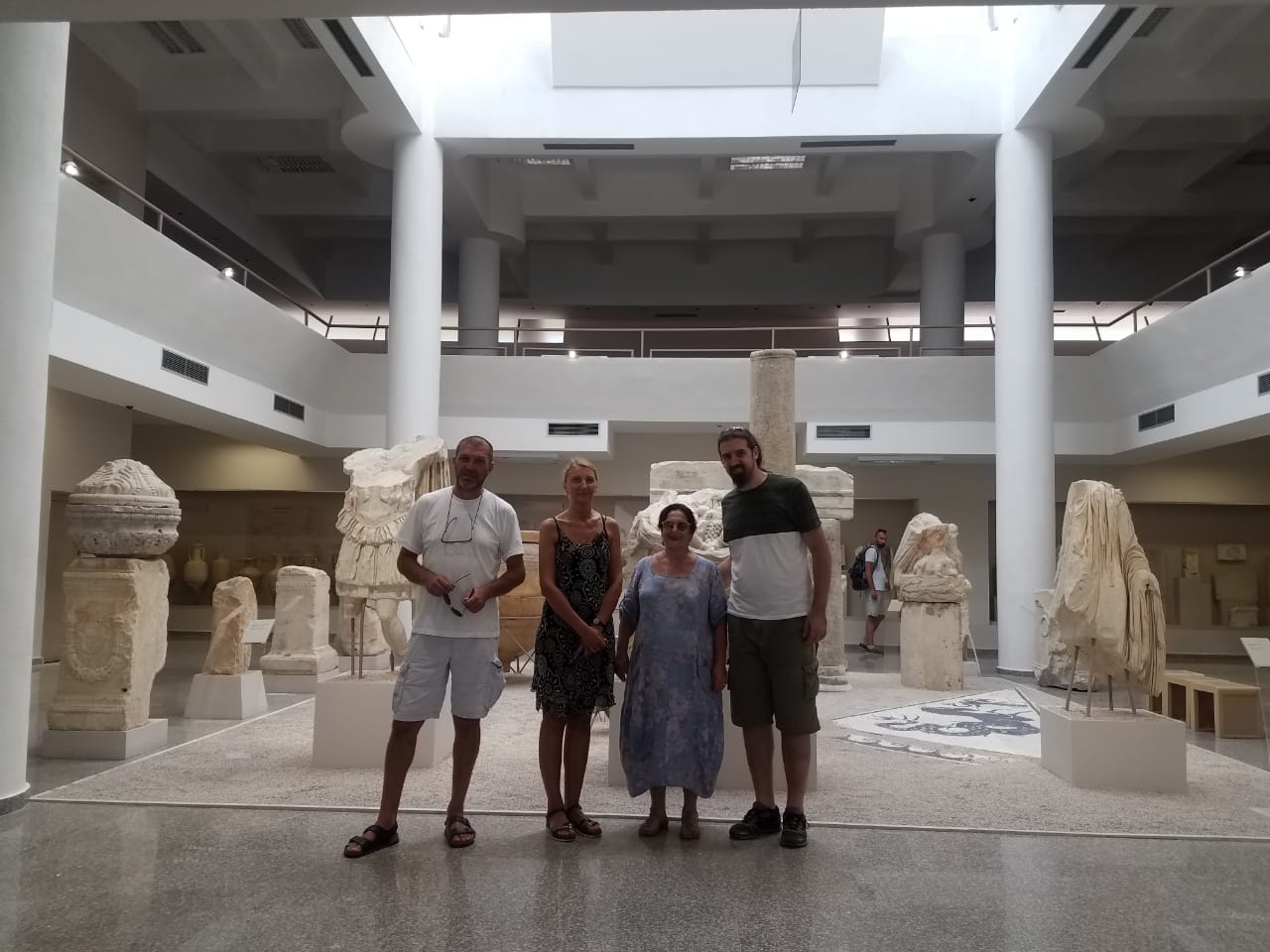 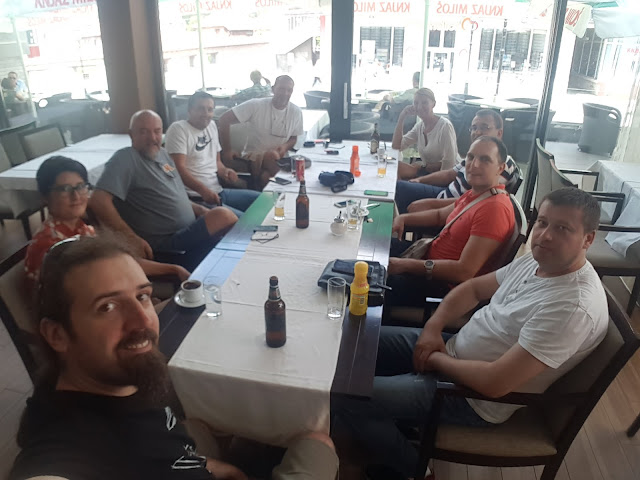 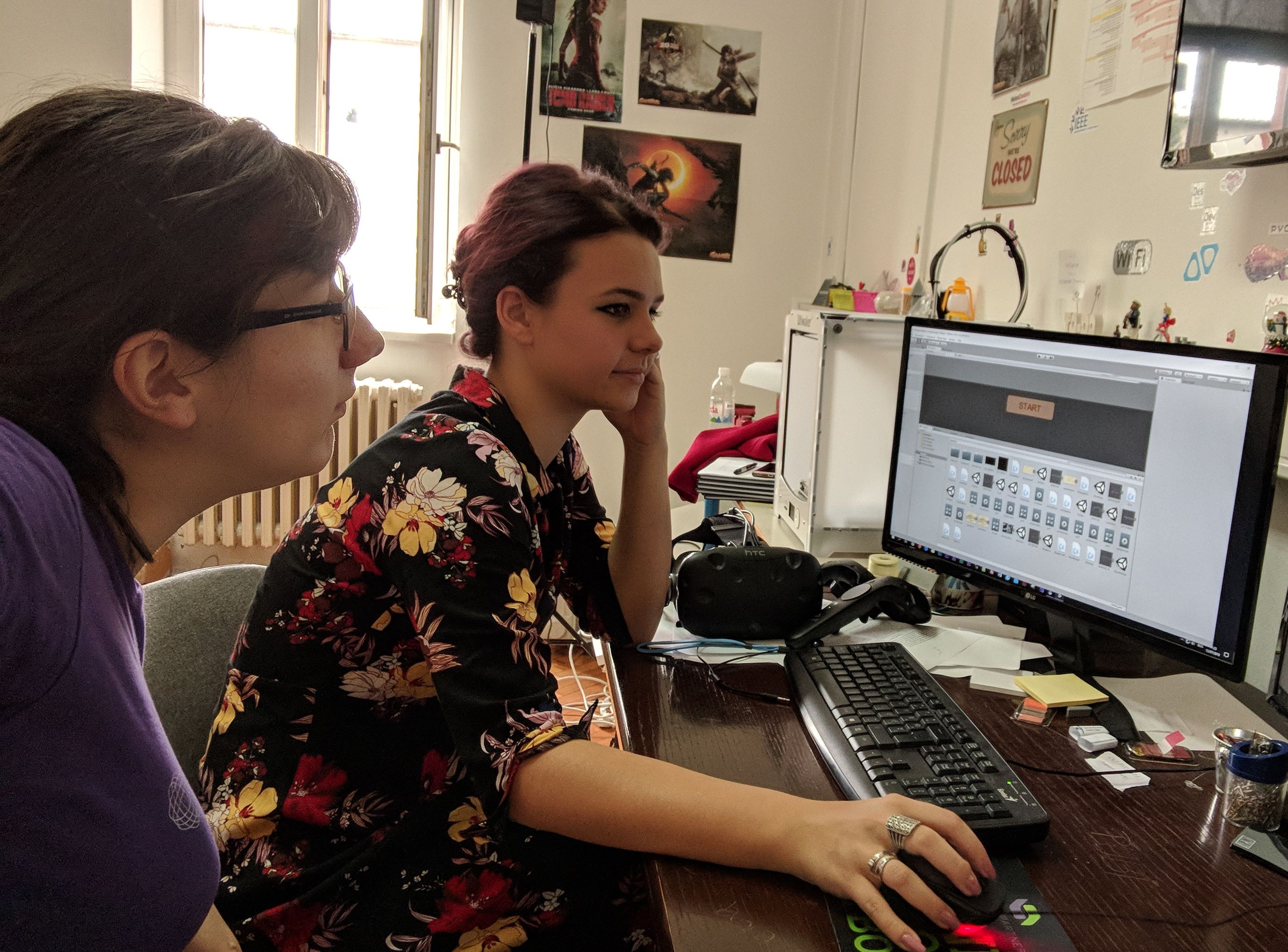 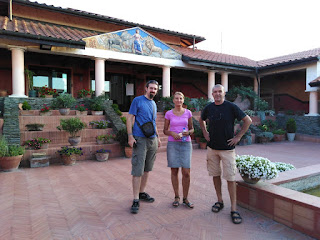