Following up our Roman Heritage in the Balkans project, DIGI.BA experts created a new application that implements the digital content related to Sarajevo in Augmented Reality (AR). The Roman heritage site in Ilidža near Sarajevo is pretty neglected and not many tourists are motivated to visit. There are a few signs leading to the location and, aside of panels next to the remains of terme and villa urbana, there are no other facilities to introduce the visitors with the significance of these cultural monuments.

The AR application can be downloaded from Google Play or the landing page of the project, together with the map containing AR trackers. After installation and language selection, the users should scan the symbols from the map to obtain the digital content on their mobile devices screens. In the intro story they are greeted by Minerva, the goddess of knowledge, who introduces them with Aquae S., the Roman site located in today’s Ilidža suburb of Sarajevo. The famous Bosnian actress Selma Alispahic is playing this role and telling stories about Terme/Hospicium, Villa Urbana and mosaics found at the site and exhibited presently in the National Museum of Bosnia and Herzegovina. The users can also see 3D models of other two museum exhibits, found at this site, the spatula and the bone needle, digitized within our projects using photogrammetry. 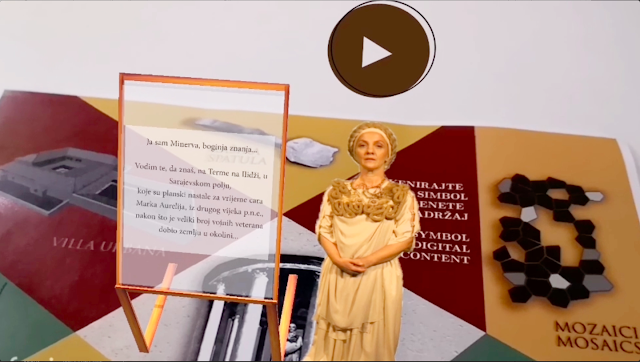 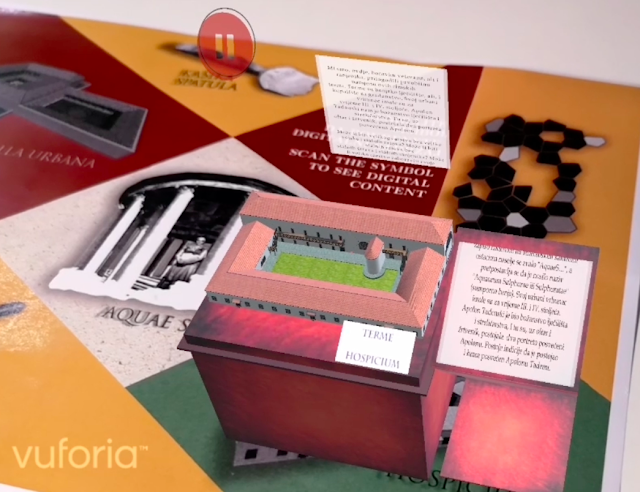 Finally, if the users are not at the physical location of the archaeological remains, the Google Maps app is activated to guide them there. When they arrive, the can explore additional digital content, VR stories about 3 Roman sites from the Balkans: Viminacium in Serbia, Municipium S. in Montenegro and Dyrrachium in Albania.
Due to the COVID-19 situation the project promotion was organized online. The president of the coordinating partner, Association for promotion of Italian culture in Bosnia and Herzegovina Dante Alighieri, Adnan Mehmedovic has introduced the project and importance of Roman heritage in Bosnia and Herzegovina. 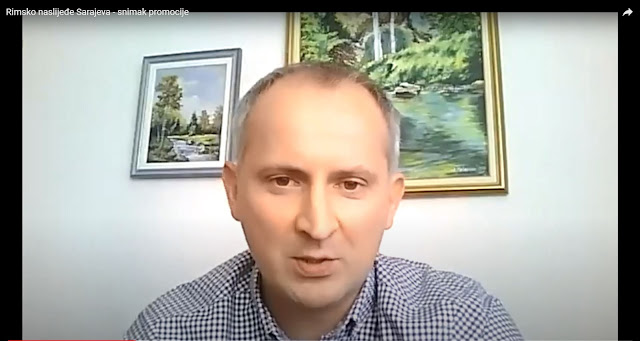 H.E. Italian Ambassador in BH, Nicola Minasi addressed the audience with words of support and encouragement to such activities, Prof. dr. Selma Rizvic presented the Sarajevo Graphics Group Laboratory / DIGI.BA role in the project, briefly explained what is Augmented Reality and went through the project implementation and results. After her presentation of the project team, actress Selma Alispahic shared her experience in working with digital technologies. 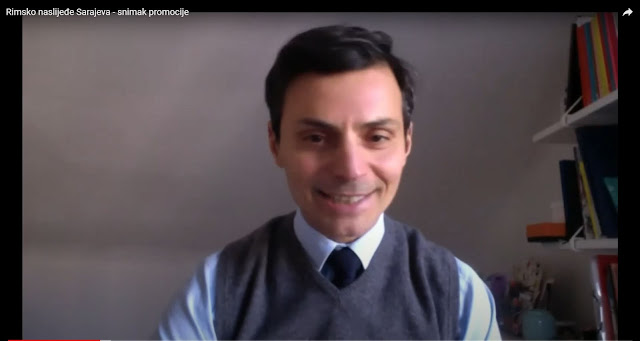 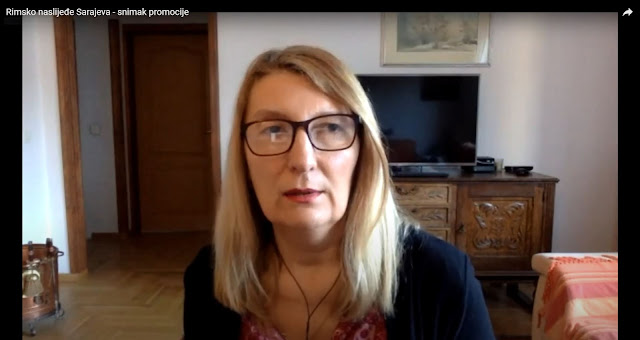 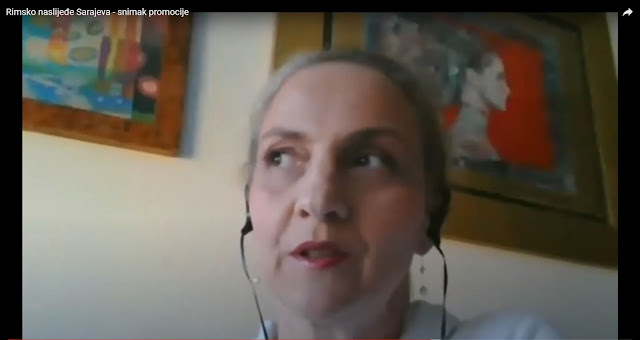 We were pleasantly surprised by the large number of online viewers, as well as the huge media coverage of the project. BH Radio Television and the major news portals in Bosnia and Herzegovina announced the online promotion and followed up with the stories about the project and statements from the main team members.
The project brochure with the map will be available also in Tourist offices of VisitSarajevo, the Tourist Association of Sarajevo Canton, which funded the project implementation. As soon as the situation goes back to normal we will install the map also on the physical sign at the archaeological remains location, in hope to attract more visitors to the site and expand their knowledge on the Roman heritage of Sarajevo and the Balkans.