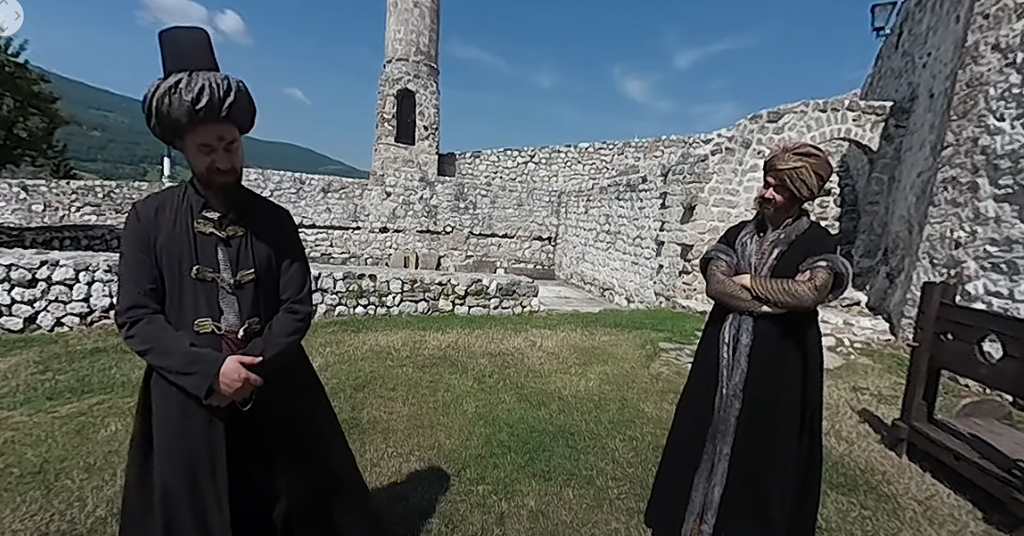 A Sufi, scientist and poet from Bosnia, Abdulvehhâb ibn Abdulvehhâb, whose derwish name was Ilhâmî (or Ilhamija), was born in Žepče, Bosnia and Herzegovina in 1773. He was executed in 1821 by order of Bosnian Vizier Ali Dželal-paša in Travnik because of a poem he wrote, showing his disdain towards the corruption and crime within Ottoman authorities ruling Bosnia in that period. It makes him a first Bosnian dissident.

Rešad Kadić was born in Sarajevo in 1912. Before and during the WWII he worked as a journalist and  newspapers editor. That was the reason why the communist authorities in Yugoslavia sentenced him to years in prison. After he was released he lost his civil rights and was publishing under a pseudonym. He wrote a novel called “Ilhamija’s road to death”.

As a part of our work within the NEP4DISSENT COST network, we produced a VR movie entitled “Ilhamija – the first Bosnian dissident”, which establishes a parallel between two dissidents: Ilhamija from the Ottoman period and Rešad Kadić from the socialist period, emphasizing the universal struggle against injustice and tragic consequences of that struggle. This is the second VR movie we created about dissidents, after Nine Dissidents we produced in 2019.

Scenario for the movie was created by Fatmir Alispahić. As Ilhamija was executed in Travnik fortress, we selected that place for recording 360 video. The movie has 4 characters: Ilhamija, the vizier, Rešad Kadić and his communist police investigator. The roles of Ilhamija and Rešad Kadić are performed by Bosnian actor Mirza Mušija and the vizier and policeman by Aleksandar Seksan. We are very happy and proud that such superstar actors liked our scenario and accepted the roles in our movie.

The director, Tarik Hodžić, decided that parts of the movie where Ilhamija is reciting the poem for which he was persecuted will be recorded at a medieval road through Bosnian mountains. This decision is based on the fact that Ilhamija, after he was summoned by the vizier, made a trip from Žepče to Travnik by foot, through the mountains and villages, where he discovered that his poem is very popular among the people. 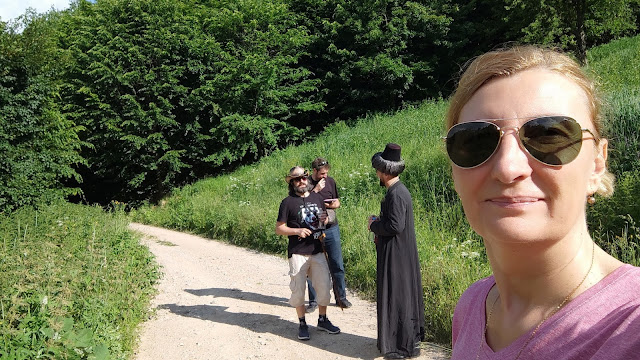 Filming 360 had its usual challenges. Bojan Mijatović was in charge of the sound and camera and we had to hide the microphones so they would not be visible in 360 video. Costumes for actors were designed by Adisa Vatreš Selimović and Monika Moćević, who transformed the actors into the characters from different time periods. The make up by Naida Đekić added the final touch to that transformation. 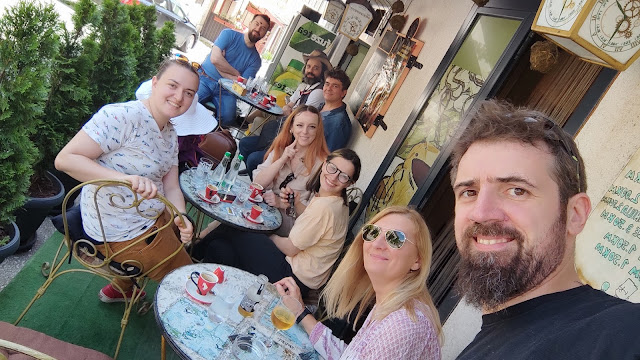 Editing and postproduction of the movie was done by the director, while the music was composed by Adnan Mušanović, who made such a great sound post-production that many people said the movie could be broadcasted as a radio drama.

The promotion of the movie was followed by major BH news portals and TVs. We thank the BH Ministry of Civil Affairs for financial support of this production.