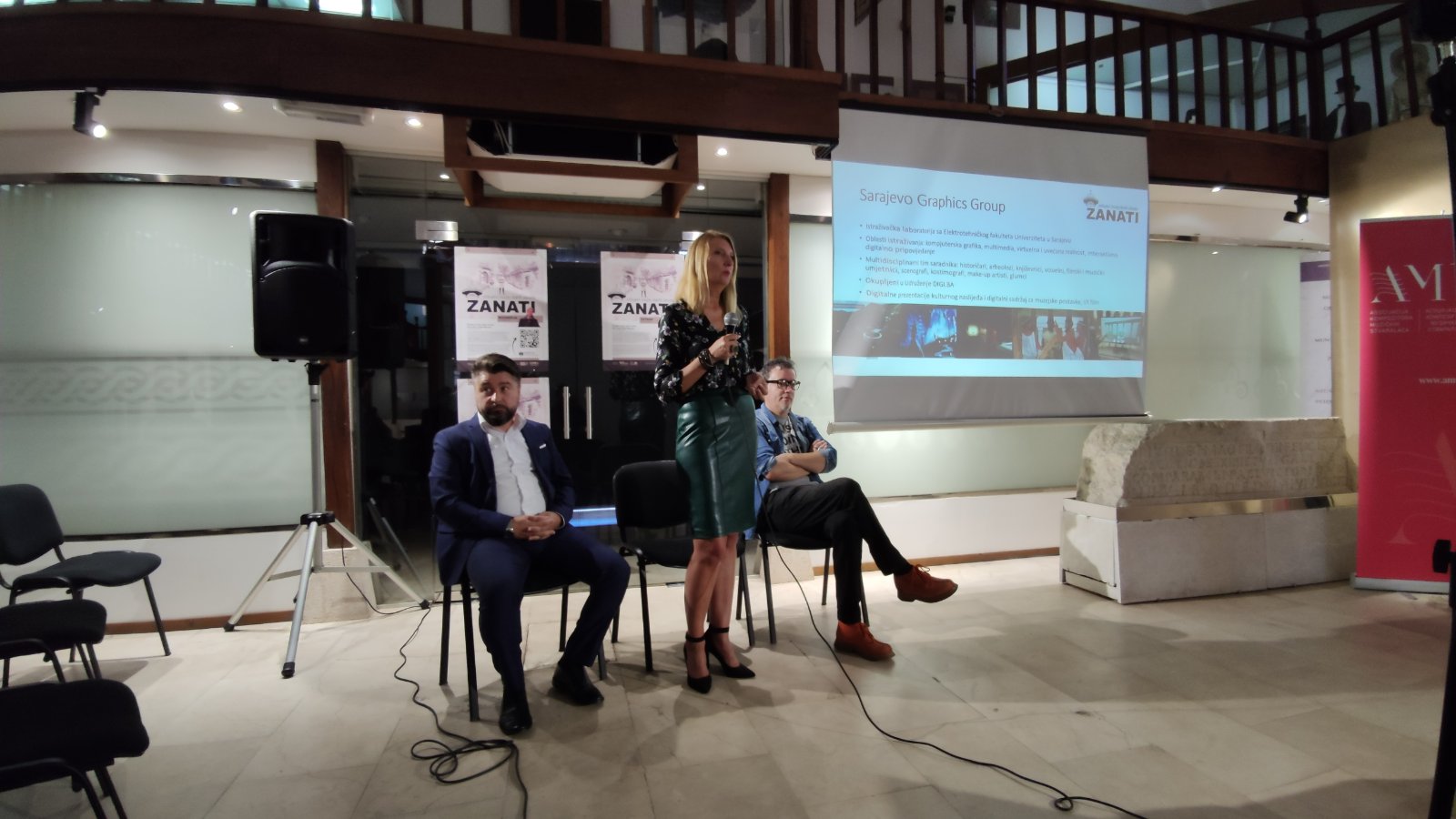 First information about crafts in Sarajevo appeared less than three decades after its foundation, and they refer to the year 1489. Through history the number of crafts climbed to 80. Today in Old Town Sarajevo-Baščaršija streets bear the names of old crafts, many of which no longer exist.

Old crafts Virtual Museum project aims to introduce the users with Baščaršija crafts tradition and to contribute to preservation of the memory on crafts which disappeared. In this version of the project, the users will find out the details about crafts facing extinction: četkar (brush maker), kazaz (tailor decorater) and bozadžija (maker of drink called boza) through Virtual Reality application. They can also learn about the historical development of crafts in Sarajevo and get to know meanings of craft names that are not familiar any more to the general public.

Background information about the crafts and selection of 3 of them under extinction was provided by Moamer Šehović, curator from the Museum of Sarajevo. Based on that information, the writer Fatmir Alispahić created digital stories scenarios. Placed in 360 drawing (by illustrator Emir Durmišević), actor Adnan Hasković was playing roles of the craftsmen and reciting short poems about brush makers, tailors decorators and boza makers. The users can click on their shops and enter inside VR videos of the authentic shops, where the last craftsmen tell their stories and show the processes of creating their products.

The user can walk further in Baščaršija and see what crafts were performed in the past within 3 virtual environments through short explanations under crafts labels. 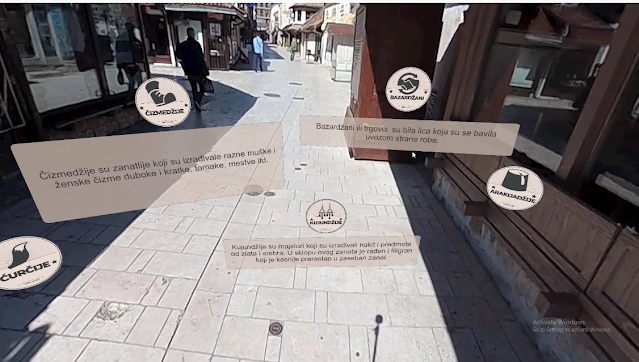 The music for Old crafts Virtual Museum application was composed by the author Emir Bukovica. Under BUKOWSKEE label Emir published his song “Mahala zna”, as support to the visibility of the project. (Mahala is a street in old towns in Bosnia, sometimes also an expression for a local neighborhood community). For this song DIGI.BA produced, aside of the standard HD format, a VR music video, the first of this kind in Bosnia and Herzegovina. It was another pioneer contribution to introducing IT technologies in the music and video production.

As always, we had a lot of fun while working on this project, as you can see here 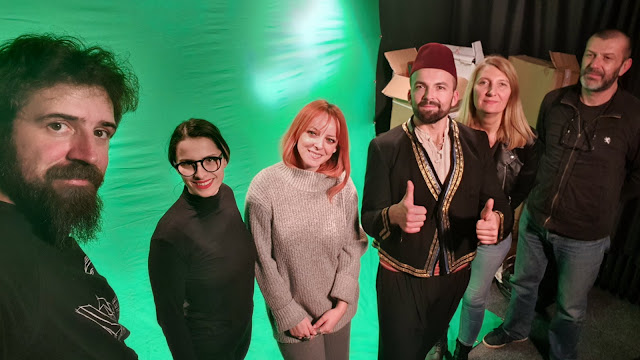 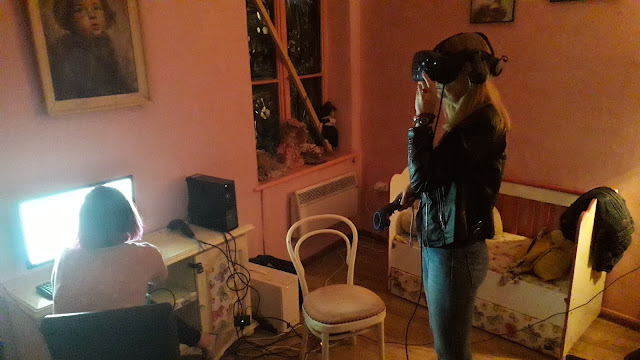 The promotion was held in the Museum of Sarajevo and live on Facebook. 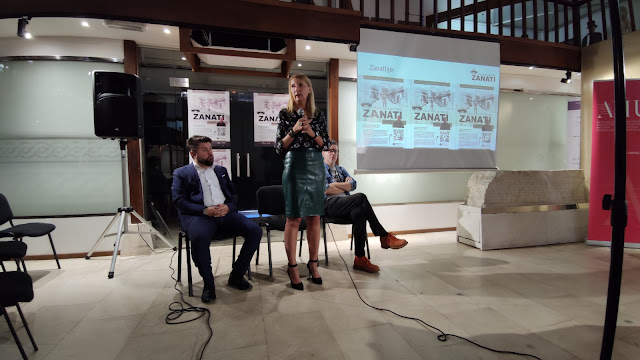 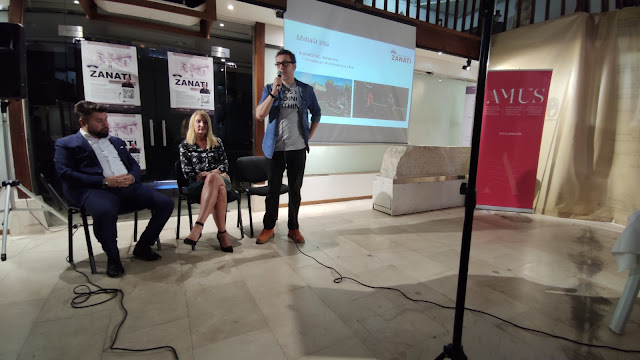 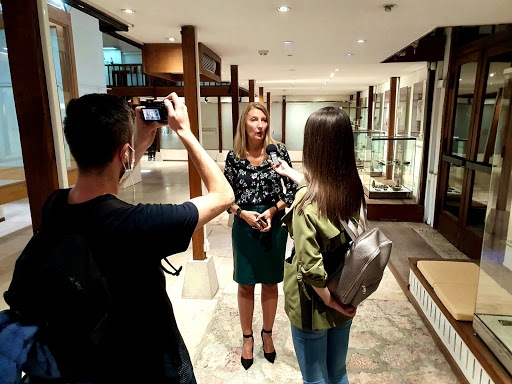 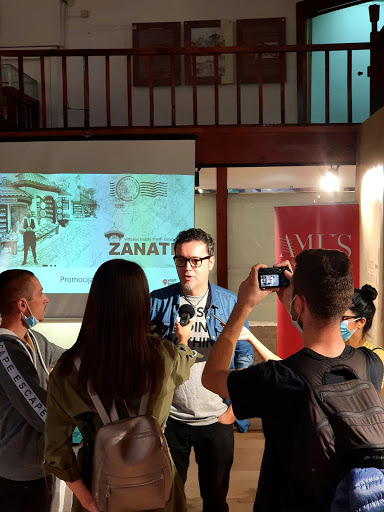 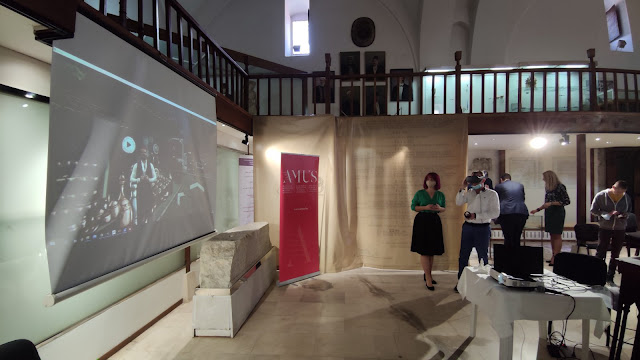 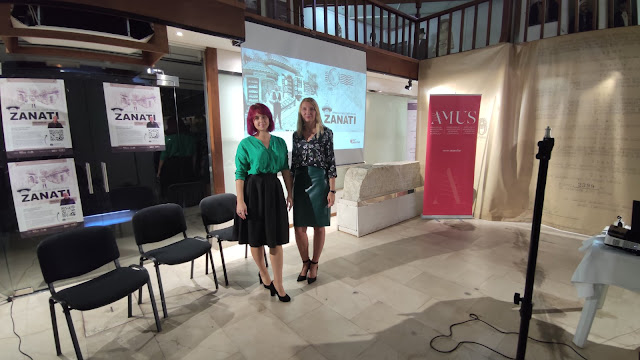 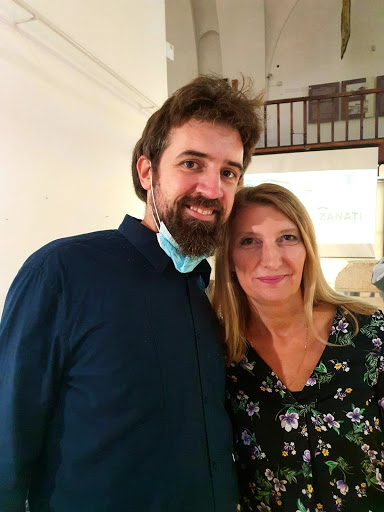 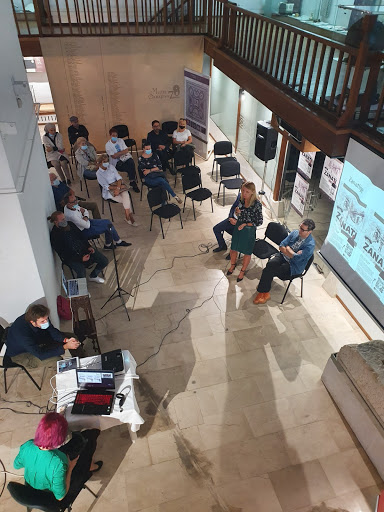 The project promotion kindled a lot of media attention. The followers of our work added up to the fans of Emir Bukovica, so both of us were being invited to all major TV and radio stations.

At the end I would like to thank to our GREAT TEAM. It was an honor and pleasure to work with them and we are looking forward to our next projects.
We hope that this project will draw attention to the treasury of Bosnian crafts as intangible cultural heritage and encourage the authorities to support their survival. We will seek for funding to continue this project presenting more crafts from Baščaršija.
project supported by VisitSarajevo