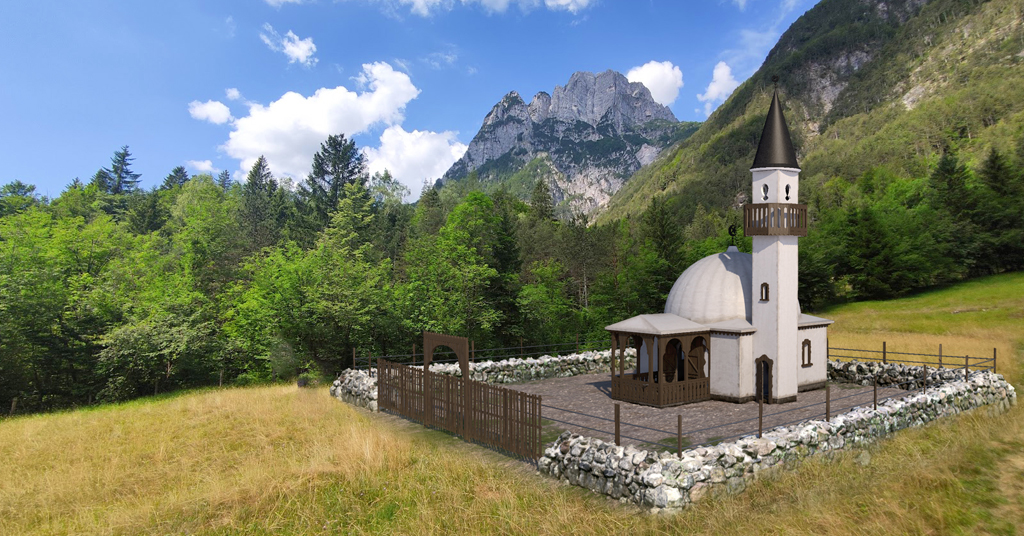 Entering a mosque that does not exist any more

On Wednesday, June 8, 2022, at 6 pm, a new hit from the digital workshop of Sarajevo Graphics Group and Digi.ba was presented at the Bosniak Institute, and it is a virtual tour of the mosque in the alpine village of Log pod Mangartom, built in 1917. Austro-Hungarian army for Bosniaks who fought on the Isonzo front in WWI. The project of digital reconstruction of the first mosque in Slovenia, which was destroyed after the First World War, was initiated by the Islamic Community in Slovenia, and the expert team was led by prof. dr. Selma Rizvić. 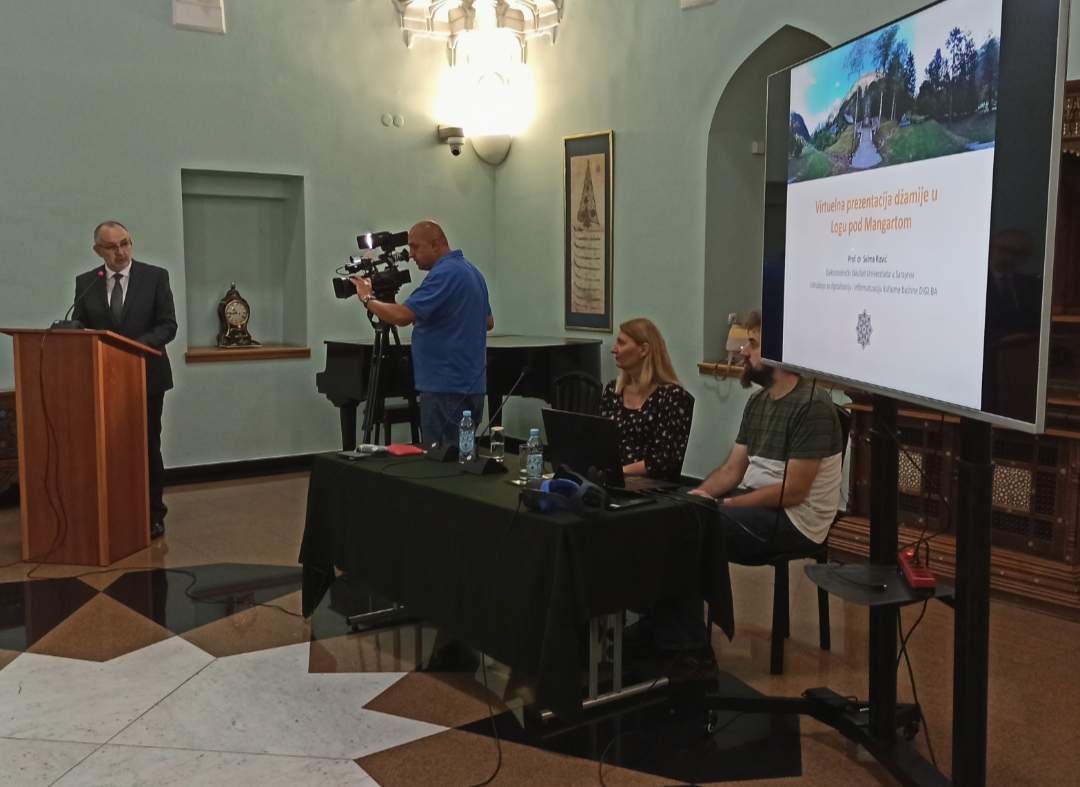 Based on several preserved photos, a virtual reconstruction was created, so that with the Virtual Reality application, through the stories of villagers, military imams and priests, the user gets acquainted with the mosque, which no longer exists. In the same village there is a cemetery of Bosniak and Catholic soldiers, as well as two monuments to their bravery. Through the story, we also learn about the legend that the call to prayer was heard from the mosque even after the departure of brave Bosniak soldiers, so that the Italians could give up the attack. After reviewing the stories and answering the questions from the quiz correctly, the user can enter the mosque and walk around it. The application also includes a digitized version of the monument to Bosniak soldiers. The application will be set up in the museum of the Islamic Center in Ljubljana.

More information about the project you can find here.